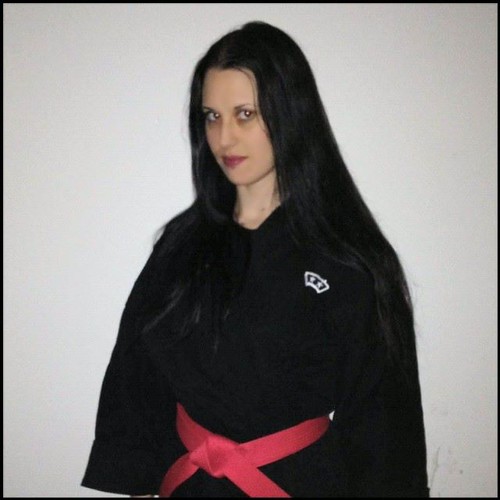 And what I mean by that is that the way most people make them is dumb. It’s like an afterthought.

“Uh, I guess to be healthier.”

None of these are bad resolutions – they’re AWESOME in fact. However…they are not specific, and are usually just thought of as something to say, or are made because people sort of feel like they have to make a resolution because the calendar date changes. That’s lame.

Instead of making a resolution, plan out your year. Write things down. What do you REALLY want to accomplish in the next year? The possibilities are ridiculous. You can do an INSANE amount in a year. But you have to be specific. If you don’t have a plan, how will you follow it? An abstract idea doesn’t usually lead anywhere except off into nothingness. Where most resolutions die. Don’t let your goals end up in the resolution morgue.

Before 2014 started, I wrote down the things I most wanted to accomplish. A few big goals, and some smaller goals. The big ones were the ones I really cared about (like reaching advanced class in Ninjutsu, which I DID). Smaller ones, like “read 50 books this year” were less important (I read about half that amount).

For my big goals, I had a page dedicated to each, tracking my progress month to month.

The things I focused on the most, I clearly cared about the most. I accomplished almost all of them, which I have NEVER done before. The difference was that I wrote them down and had a plan. Any other time I have accomplished something major, I really dedicated myself and had a finite PLAN. SPECIFICS. These are the only times I have been successful.

I suggest to you having  a goal book. Not something you write down once – writing goals in my journals never made a difference, because I don’t tend to look back in my journals until years later. But a goal book…a pretty book I keep around, one that catches my eye…that worked. Also making a vision board, as cheesy as that sounds these days, and having it right in my line of vision when I wake up – I notice it. I’m very visual, so it worked well. I put it off forever, and love how it looks, and it jolts my memory.

The War of Art

Success Through a Positive Mental Attitude

If you really want to resolve an issue you’ve struggled with, or accomplish something amazing that you’ve always wanted, BE SPECIFIC. WRITE IT DOWN. REVISIT IT. DO THE WORK. All successful people do this! You must always have a WHY – why do you want to do these things? Figure it out – because if you don’t have a deep, meaningful reason, why bother sticking with it? Behind every person’s great success is an intense desire to succeed at it – and there is ALWAYS a why.

And don’t let age or circumstance stop you. Start where you are. Hell, I started martial arts when I was 35. If I keep going at the rate I am going, I’ll be a black belt by the time I’m 40. If you’d told me that when I was 26 (when I thought I was too old to start martial arts!!) I would have been laughing in your face.

Back then I had a different attitude. Back then I had no plan. Back then I flailed. Back then I just daydreamed. But now I don’t. I realize there is limited time in life. I love being alive and I don’t want to waste the time I have here. Even when I get depressed, and I DO, I do whatever I can to dig myself out, FAST. Know how? I HAVE A PROTOCOL WRITTEN DOWN FOR ME TO FOLLOW.

You need a plan to succeed. Not a drunken wish that you will be embarrassed to admit you paid no attention to next new year’s eve. So get on it.

So what are my goals for the year?

My first and main goal is get 3 more belts in Ninjutsu. My sensei says that if I keep coming as often as I am, I could potentially get my black belt in another 2 years. I have 6 belts to go (I got 3 this year), so I think this is a feasible and lofty goal, but I can do it if I am dedicated. And why do I want this? I have always wanted to learn self defense. I have always wanted to be tougher. And in the future, I want to teach other women and girls (and guys, too, but women specifically) because we need more bold, strong women, and I want to be a leader and a great example. This is my why. It’s not just to learn to kick peoples’ asses. That’s fun, but there is a deeper reasoning for me to stay dedicated.

I want to write. Every day. Why? Because it’s who I am. It’s been my only consistent goal for my whole life.

I want to learn to ride a motorcycle. Because I envy every person I see who rides one. I miss riding on the back of one with my dad, like I did when I was a teenager. I just want to be able to do it, so whenever I feel the need I can be out in the air on the open road.

And I want to be insanely fit. CRAZY fit. I was on my way for a couple of months – intense dedication, until bullshit happened and I started finding excuses. But not anymore. I’m back on it as of Sunday coming up.

Why do I want to be so crazy fit? So many reasons. To be strong, to feel able to care for myself and others if necessary. Because health is NOTHING without fitness and a healthy diet (which I have down). I want to age so well it baffles people more than I already do. I want to be healthy until I am dead. I want to be the baddest old bitch you’ve ever seen – a pink haired old kunoichi on a motorcycle with ripped arms and abs, winking at all the cuties.

Some of these are shallow reasons, but who cares? They are REASON ENOUGH for me. My main point is to feel amazing, enjoy life as much as possible (which is hard to do without health…and it’s a rare person that ever feels truly healthy) and to help inspire OTHER people to do the same. Cuz we all need badasses to inspire us. So be a badass and set some freakin’ goals. Get to it.