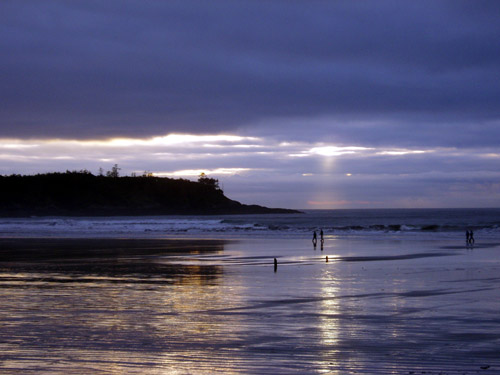 It is so easy to neglect going out of the house.

The more I am indoors, the easier it is to get sucked down and CONFUSED as to why I feel shitty or unproductive.

There is a lack.

I have found that I may not even know I am missing something pertinent to my happiness, and that is when my mood goes haywire. It is crazy how our moods shift to the negative and often we don’t even know WHY.

One reason I have realized very recently, and that is nature deficit.

One example is that I am a fairly socially anxious person. If I know most people present at a gathering, I am okay. If not, I tend to segregate myself and stick with who I came with or obsess over any animals that are there (animals are my saviours at parties). I don’t generally relate to a typical party atmosphere. I even decided that I didn’t want to go to them anymore, but then was invited to a friend’s birthday and felt I should go. It was the same crowd of people, and I had fun. I still obsessed over the animals there, but I didn’t feel GROSS or AWKWARD like I do at most social gatherings…because it was outside. I then realized that all of the parties I have loved have been outside.

I wrote a list of the favourite, most memorable moments of my life, and pretty much all of them took place in the woods, swimming, surfing, biking on the beach, or immersing myself in nature in some way.

A video I watched of raw athlete Tim van Orden recently found him doing everything the same in terms of eating and exercise, but he had gained a little weight since he had to stop running – yet he still exercised indoors on a spin bike for the same amount of time. He hated it. As soon as he started exercising outside on an actual mountain bike, his minor weight gain went back down to normal, because he loved it. The stress factor was removed, and he was out in the WILD. His mood shifted from that one simple change.

I think it is so important to spend at least some of the day outside, and not just walking down the street to get a slice of pizza. I mean getting into REAL NATURE, not the city. Go to the forest, the beach, the mountains, the desert. Whatever you have near you, make an effort to get to nature as much as you CAN. If you are completely out of easy access, find time to get to the closest nature spot you can, as often as you can. Weekly at least. Daily is best, but I know that isn’t possible for some people.

Even in winter this should be something people do – get the right gear. Being outside is necessary for us – humans were not meant to be indoors.

Make the effort and see what sort of difference it makes for you! It sure has made a huge one for me.

We Are Wildness blog
The Nature Principle: Reconnecting with Life in a Virtual Age

Your Brain On Nature: The Science of Nature’s Influence on Your Health, Happiness and Vitality

Last Child in the Woods: Saving Our Children From Nature-Deficit Disorder

Pre and post surgical photos. I still look weird when I smile, so I will post final results when they are final. Photos: right before surgery, 2 hours post-op, next day, 2nd day, 3rd day, later 3rd day with filler added to fill the gap they created. I’ve wanted this done for 35 years, so I hope it works! So far so good, but I still have been anxious and depressed at times, I can’t help it. It’s only been 2 weeks.
Throwback to New Years 2009. Happy New Years, everyone!
Hard to capture how amazing this actually was with a freakin’ phone camera. But still. 🤩
Yo, it’s my birthday in 2 weeks. Send 💰❤️🍒☀️🌹💸💎🐩 #Capricorn #sagicorn
Top 9 of 2019 💥 My dogs ❤️💔
Me and The Merm keepin’ warm. @itsthemerm
%d bloggers like this: